Thursday is my full day at home. The shopping was delivered first thing and then I seemed to spend the rest of the day washing and cleaning. The sun was shining and there was a nice breeze so I pegged out. The dryer is a real help, but in my opinion you can't beat the fresh smell of washing dried outside.

The open evening went well and Tom applied for the course as soon as he got home. Uniformed services covers everything from police, fire brigade, paramedics, military etc. and while there are some core modules that everybody attends, students also take relevant modules for the career they're choosing. Some of Tom's extra modules would be criminology, forensics and law which all sound really interesting. We had a good chat to 2 tutors, an ex army officer and a retired policeman, and Tom came away happy with everything he'd heard. The course is split 70/30 academic/physical and he'll have to attend for a whopping 14 hours per week which is marginally better than Amy's 9 hours per week in her last year of university!

The college is set in 70 acres of woodland and they also run animal management and animal nursing courses. I knew they had animals but I had no idea they have over 600 of them, including horses, ponies, meerkats, alpacas, flamingos, reptiles, farm animals, cats and dogs - you name it, they've got it. 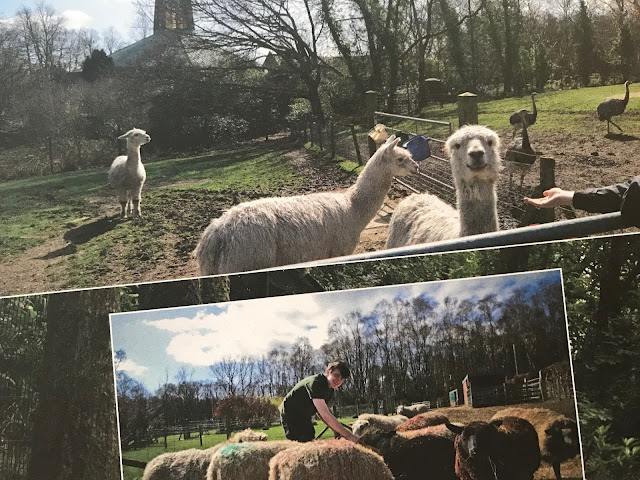 I've had an irritating cough for a few days now which is driving me crackers. I've taken several LF tests but they've been negative so I expect it's just something that's going around. It seems all things covid related are slowly ramping up, and this week we were informed masks are once again compulsory at Tom's school.

This was supposed to be a blanket for a single bed but after crocheting 20 x 8" squares I lost the will to continue. Instead I've parcelled it up with another blanket I made months ago and will post them to a local Palliative Care Unit who need lap blankets. I've got even more space in the wardrobe now :) 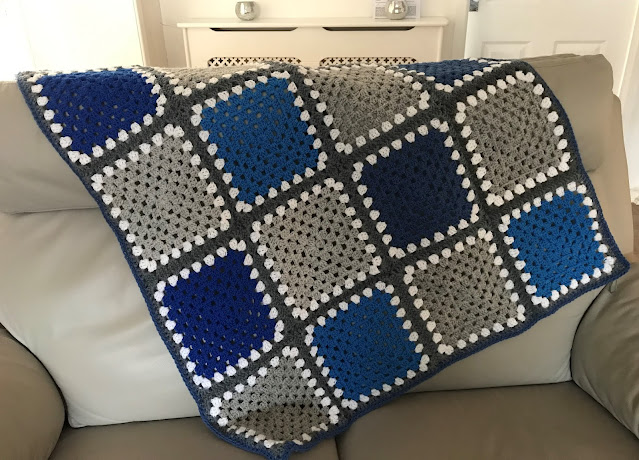 For some reason half term has arrived a day earlier than usual so tomorrow we'll all be home together for 10 days. Thankfully, it's not long enough for anybody to get too bored but even if they do I'll be out most days so I get a break from them all haha.
Hope you've all had a good day. xx