Today has been another busy day but at least we had a relaxing Bank Holiday thanks to the weather being so bad there was nothing to do but stay indoors.
First job was to get Tom off to school, then I had to go to Mum's. She gave strict instructions to clear the house and put it on the market as soon as possible so that's what we've done. The YMCA have taken a lot of things but they wouldn't take the double bed base because it didn't have a fire sticker on. Frustrating as I can't imagine anything being made these days that isn't fire retardant. Anyway, I had to go up this morning and put it outside for the local recycling centre to collect.
Then I drove down to the tip with more things we've cleared from our house. I feel like I've lived there this past month, but I'm really hoping that's my final visit for a while, although I have a feeling I've already said that.

After that it was into Middleton where I dropped a couple more bags into the charity shop and a few bits to the foodbank. Then I did my shopping. I also picked up these trays of geraniums and lobelia but they'll be staying tucked up in the shed until it gets a bit warmer. It's freezing today and really windy. 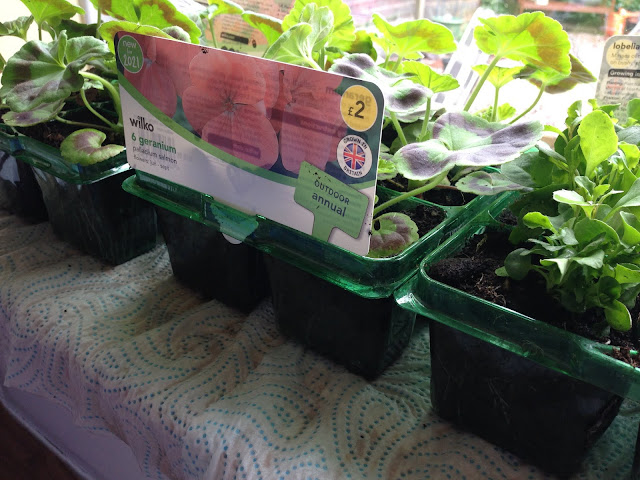 I did all that in double quick time because the dog groomer was also booked this morning. I literally made it home with 5 minutes to spare before she turned up. By 12.15 she'd left so I made a bite to eat then sat down for an hour which I felt was well deserved. I decided to deconstruct the flower arrangement and make a couple of smaller displays with them. 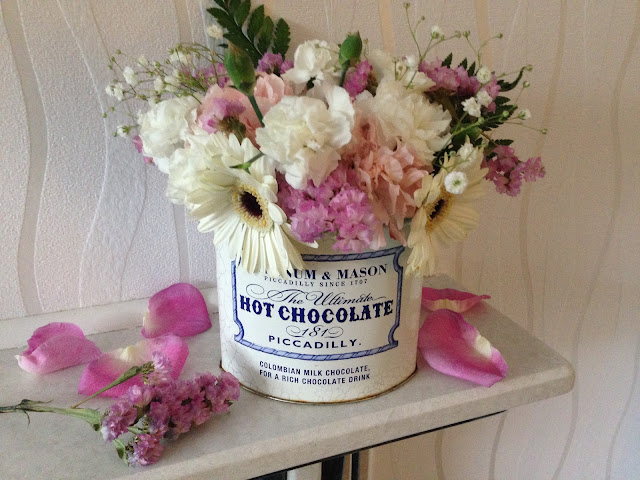 Tonight it's pasta ping for tea so at least I don't have to cook. And then I think I'll run a bath and have a long soak and try and warm my cold bones up.