After the hectic morning on Tuesday, I've managed to have a quiet couple of days just bobbing along doing whatever needs doing in my own time.

This is the first of a few small steps I'm taking to look after myself a bit more. Drinking a daily glass of Vit C, which is no hardship because it's really refreshing. 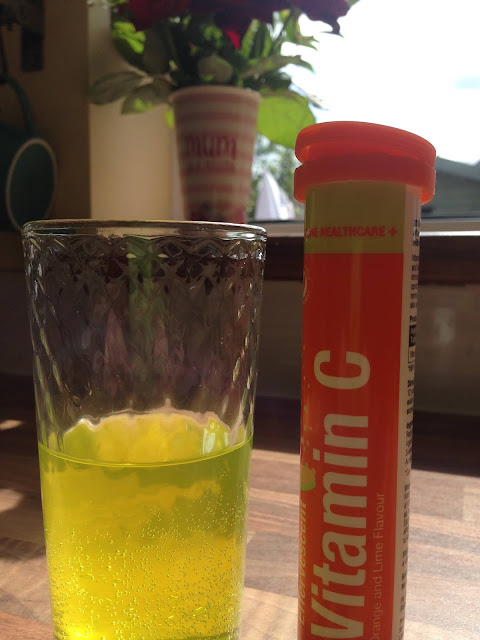 I've taken a few petals from Mum's funeral flowers to press and keep in her china pot. 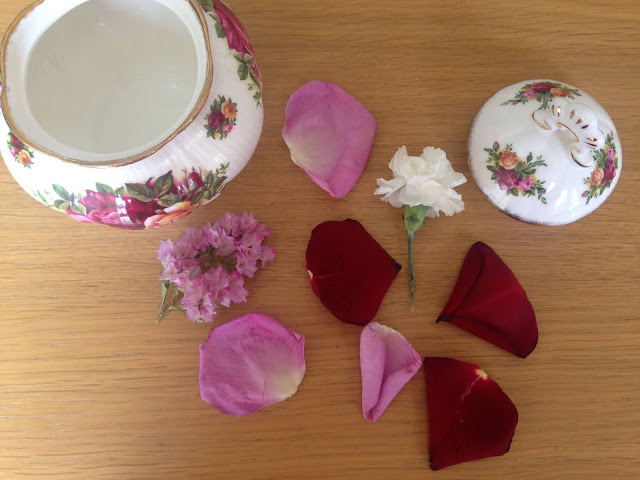 And I've finished the blanket which will be posted to the Macmillan ward at Manchester Hospital. I thought I'd use the last bit of the gold to make 4 tassels for each corner. The wool is reduced to a more manageable pile and I just need to resist buying any more until I've worked through the rest. 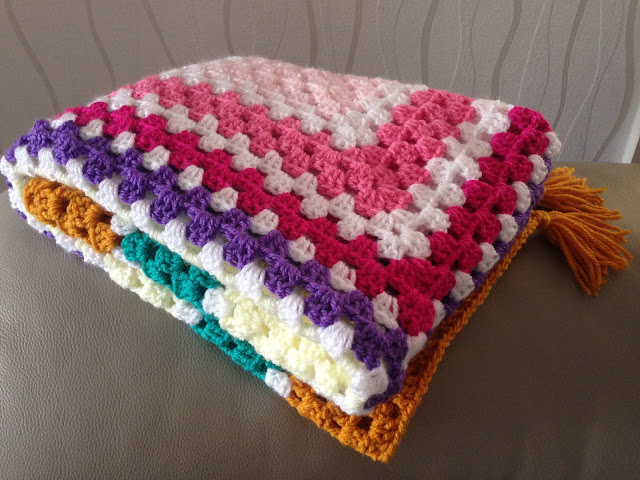 I'm not in the mood for getting anything out craft wise but I'm finding making the videos is filling the creative void. I'm putting one together that will include little clips of movement as well as photos, so that will keep me busy for the next couple of days.

75% of Tom's year group were sent home on Tuesday because somebody had tested positive for Covid. Tom wasn't one of them which I'm glad about on 2 counts. Firstly, that he's not been in  contact with the positive person and secondly after so many weeks off, I really want him in school. The teachers did a great job with on line lessons but even he said it's not as good as being in class. But sending so many pupils home makes me realise we're not out of the woods yet with this virus.

We're off to vote now. Our usual voting station, the local community centre has been sold so we're going to the pub instead, armed with our own pens as instructed.