When Mark opened the blinds this morning on the other side of the french doors there was a pigeon looking straight at him. He wouldn't have thought much of it but he noticed 2 rings on its feet. Two hours later and it was still there quite happily wandering around the patio. The fancy photo is courtesy of Mark's phone. I'm still using an i-Phone 5! 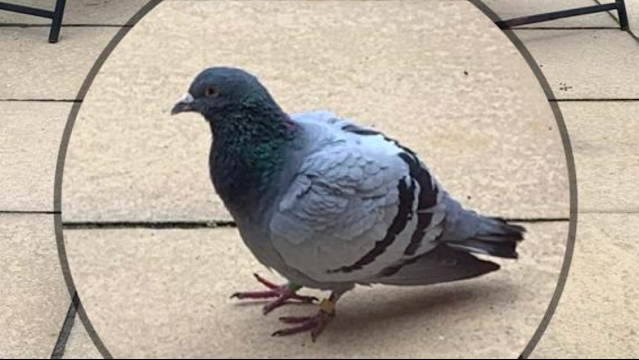 By this time Wendy needed to go out and I was beginning to feel a prisoner in my own home. I'm happy for birds to visit the garden but as I've said before I'm frightened of them especially when they flap their wings. Any photos I take are through the windows. And this bird wasn't for leaving. When I rattled the door handle instead of flying away it walked nearer to the windows as though it wanted to come inside!

Then Mark remembered a guy who doesn't live far from us who races pigeons so off he went with Wendy in tow to see if it was his. It wasn't, but he kindly offered to come round and take it. The first thing he did was spread it's wing and there, much to my amazement was a name, address and telephone number of the owner. Hopefully, there was a lovely reunion today. 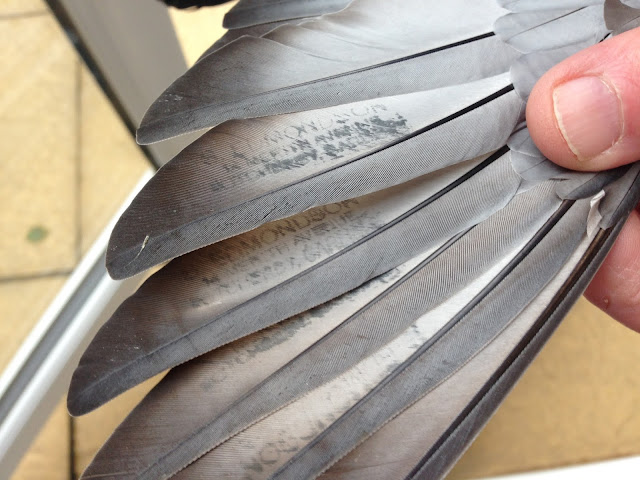 In other news, I finally collected Mum's ashes from the funeral director. I don't know what will happen about scattering them. There has been a big issue which has caused a huge rift in the family and I honestly can't see it ever being repaired. There was a will but because I lived with her for several months I've had to clarify certain things she said. The whole situation has left me feeling unsettled and has put me in a position I never expected to be put in. The worst thing is witnessing the knock on effects of it all which isn't nice. I really do just want to get back to my own normality now.

I uncovered the Morning Glory yesterday to take a peek and can't believe how much they've grown considering I only planted them on Thursday. If they carry on like this they're going to perfect for the pots. 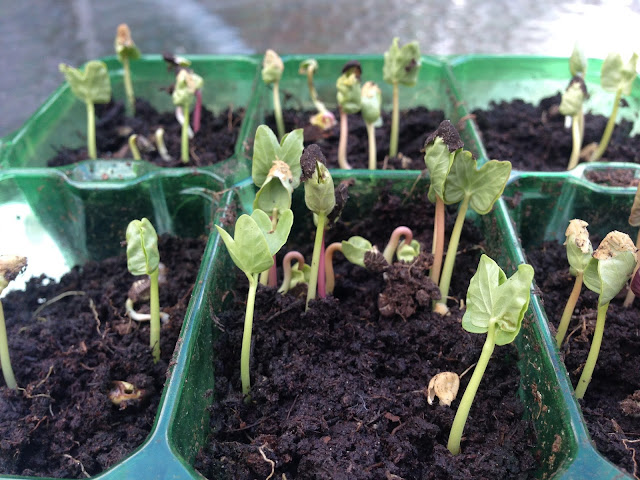