One of Mum's favourite films was The Sound of Music and it was the first film her and Dad took me, my brother and sister to see at the cinema. When the grandchildren were little she'd put it on when they visited and they'd spend the afternoon warbling their way through the songs. I can see Amy now, about 4 years old, stood right in front of Mum's TV watching The Lonely Goatherd puppet show and singing along to Do-Re-Mi.

Anyway, because of all the memories this held for us we decided to play the instrumental version of Edelweiss by Andre Rieu at her funeral.

All that is leading me up to telling you that on Monday when I went to the garden centre would you believe right by the doors as we walked in were racks full of Edelweiss. I've never seen any before although to be honest it's not something I've ever looked for but it goes without saying one came home with me. 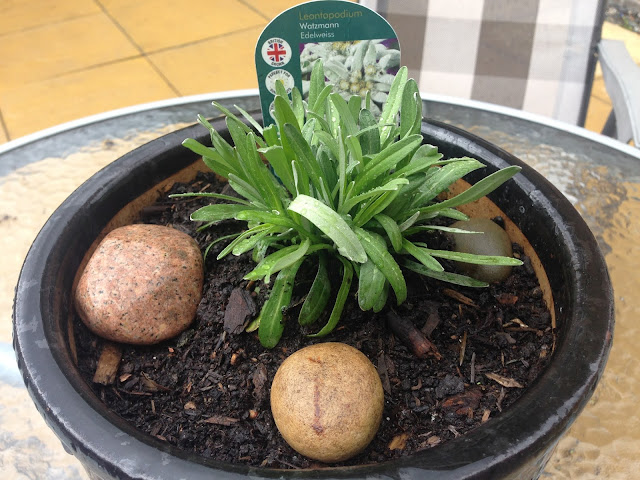 I think my work in the garden is done for now. There's just a little bit of tidying up to do which won't take long and then it's a case of sitting back and letting Mother Nature do what she does best.
Hope you enjoy the video, uploaded courtesy of Mark. I caught a bit more of how to do it this week but no doubt by the time I do another one I'll have forgotten again.
Have a lovely weekend. xx